Building my career in an exceptional workplace 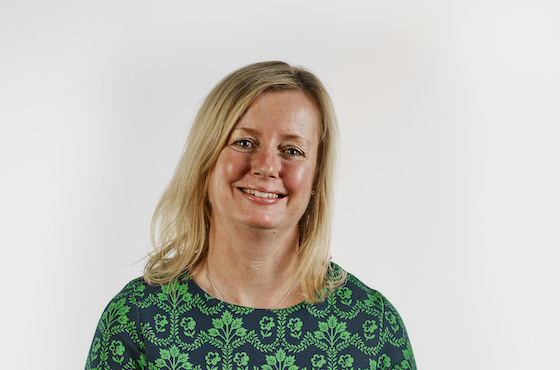 How I started
At 18, I chose not to go to university. My A-level results gave me options, and I wanted to work in a bank. I was offered a job at the Lloyds Chipping Campden branch in Gloucestershire, where I started in the back-office before moving into the role of cashier.

I was keen to progress, so asked about banking exams. At the same time, a lot of the decision making was being taken out of branches and centralised. My job was becoming more and more about sales. I realised the culture wasn’t for me, and after two years decided to leave. I remember my Dad wasn’t too pleased, as working in a bank was a good job. But I firmly believe in backing your own judgement, so when I saw an ad in the local newspaper for a role at NFU Mutual, I applied.

Don’t be afraid to ask
I joined NFU Mutual as an FPP (Fixed Personal Pay) clerk. Within a couple of years I’d become a Team Leader and enquired about gaining a CIMA qualification (Chartered Institute of Management Accountants). NFU Mutual supported me by meeting the costs of my exam fees and courses, and I studied alongside work. I also applied for a role producing our Financial Accounts, putting what I was learning into practice. I went on to qualify and hold a number of different accountant positions.

Self-reflection helps you ‘notice’
After ten years in finance I noticed I was drawn to change. I didn’t like just accepting the status quo, and it was at this point that I went to lead a project team introducing a new finance system. When that project came to an end I moved into IT for a year, gaining further insight into how the business worked.

Broaden your horizons
Then I was asked to apply for the position of Executive Assistant (EA) to a previous Chief Executive. This was a defining moment. The role gave me a different view of the business and an opportunity to lead projects. It broadened my horizons and taught me how to manage relationships and respond to different styles.

You don’t know what will happen until your try
My new insight inspired me to work more directly in the GI (General Insurance) business. I applied for two roles – Regional Sales Manager, as I was keen to work with Agents, and Head of Claims, because I was also interested in learning about customer service. I wasn’t successful in either, but I’d performed well during the recruitment process and was asked if I was interested in the new position of Regional Service Manager to run Bristol Service Centre.

Working in a region gave me another completely different perspective. Colleagues in the regions face different challenges to those in Head Office. This role helped me appreciate both sides.

Own issues and find solutions
After many years, the Chief Underwriters Manager at Head Office retired, and I took on the role. During my time in Underwriting, I was lucky enough to go to Queens in Canada for a month on the Executive Development Programme. There were people from a broad mix of industries, and it was interesting to learn that lots of our business challenges were the same, whether we were the captain on a submarine or the CEO of a tech company.

I applied this strategic thinking in Underwriting and put in place a broad range of actions. We’ve just posted our 10th year of UW profit in a row, which is a fantastic testament to the efforts of everyone.

Head of Claims and Underwriting
In 2010, I was about to go on maternity leave when the Head of Underwriting and Claims position became available and I decided to put my hat in the ring. I went through the recruitment process, then left whilst NFU Mutual looked at the market. I took a year off with my twins, and on my return took on the role.

Be brave
I’ve been lucky enough to spend 32 years at a company whose values I believe in. They invest in and support their staff, and I’ve had so many opportunities to do so many different things. To make the most of these opportunities you have to be brave, and do things that push you outside your comfort zone. I still love working here and am excited about the opportunities that lie ahead.

My thoughts and observations on developing your career

- Believe in your own judgement
- Don’t be afraid to ask
- Build skills that you can apply to different roles
- Broaden your horizons and learn how business works beyond your part in it
- Try different things – projects are great opportunities
- Own your career, stay relevant and demonstrate your capabilities

Find out more about the Underwiriting opportunities available