Recruiting Guidewire talent from around the world 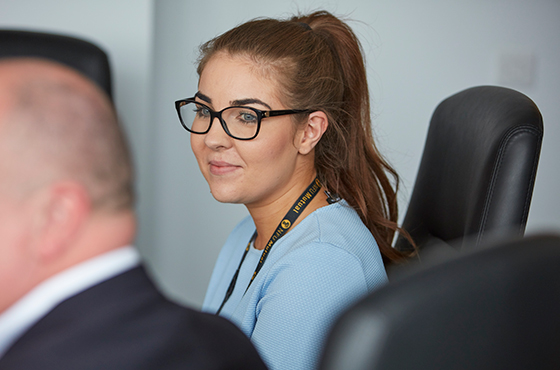 At NFU Mutual’s Guidewire Centre of Excellence (GCoE), we’re developing and implementing a huge number of transformational projects. The GCoE supports large-scale, long-term programmes of work that involves extensive coding, business analysis and testing, as well as agile working. Attracting Guidewire or Java specialists from the UK alone is a major challenge, so the business is looking at sponsoring talent from other parts of the world. We talked to some of the team about how this works and what it brings to both the business and the individual.

Gareth Brown, the IT Lead for the GCoE is keen to point out that the idea of sponsoring and recruiting people from overseas is still in its early days. “It’s only in the last three months that we’ve agreed that it’s a viable option,” he says. “Because we’ve been finding it very difficult to attract the right talent in the UK alone.”

He explains that the Guidewire teams have been working with overseas partners for a long time and have integrated them into the teams. So, recruiting from overseas seemed the next logical step. And he admits that the lead times for sponsorships can be long, adding: “but we have three people in the pipeline and the candidates look good.”

Being sponsored
Durga Balagee joined NFU Mutual in 2021 after coming to the UK from India on her husband’s visa. She’d worked as a Java developer in the banking sector before and thought working at NFU Mutual would be a good fit for her. After she joined, she says it was her team manager who suggested that the business should sponsor her for a skilled worker visa.

“It means that they sponsor me as a skilled worker for five years and then I should be able to settle in the UK, so it was a big relief for me,” she says. “The support I had from my team manager and the people managers was fantastic. They went to great lengths to help me with any issues. I’m very grateful for that.”

She adds that she’s been welcomed into the team from the start. “They have been very helpful, welcoming and supportive. They explained the culture which means we all care for each other in the team – that the workload is never all put on one person, but is split equally among the team members.” She believes this culture really helped her to settle in. “There’s an open mind set at NFU Mutual, so I’ve never felt that I’m left out of anything.”

Help to settle in
“I hadn’t worked with Guidewire before,” she says. “But I’d used Java, which is very similar. And when I joined, the team gave me a lot of support. They gave me enough time to upskill on Guidewire and gave me skills sessions so I could improve my ability. So, I had a lot of support.”

She works in the BillingCenter team, supporting and maintaining code and says it’s given her a good understanding of Guidewire and the chance to apply her skills. “I’m steadily getting a solid base, so now I have the chance to move into more complex areas,” she explains. “There’s a lot of interesting work coming up this year, so I think it’s going to be a pretty good year for all of us.”

Support from the team
Joining the business in 2021 meant that Durga’s team were still working from home most of the time. How did she find that? “The business really supported me in working from home from day one,” she says. “Even before my start date, they sent me all the essential equipment I’d need to start work, such as a laptop.”

Becky Muir manages Durga’s team and explains how they integrate new joiners into the business. “With the various lockdowns, it’s been difficult,” she admits. “But we have regular online team meetings and there’s an open channel for each of the teams throughout each day, to give them a touch point.” Online team quizzes and other social activities have also helped and she says, now they’re going into the office one day a week, they arrange for the whole team to go in on the same day. “It means we can have a meeting where we can discuss any technical or other issues as a team.”

Durga says all this helped and her team were very supportive “My work mostly involves working on my own,” she says. “But when I’m working from home, my team is always available to help me on Teams. And now we’re going back to the office some days, I’ve started to feel that I belong here.”

She adds that she was very impressed with the NFU Mutual head offices at Stratford-upon-Avon: “It’s a fantastic place,” she says. “The infrastructure and the facilities are so good and the agile working model makes it a great place to work – even better than I imagined it.”