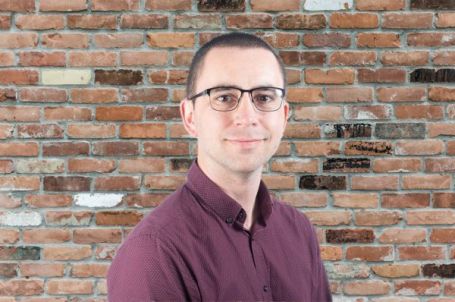 In February 2017, we announced our plans to introduce cutting-edge counter fraud technology to help us combat claims fraud. BAE NetReveal is on track to be implemented this winter and as a result of this we are looking for even more great people to join our claims validation team based in Bristol and Stratford upon Avon.

We have successfully been progressing with our strategy and strengthening our counter fraud capabilities which has been strongly supported by the expansion of the team, with ten new members joining our claims validation team this year already.

We were extremely proud to be nominated for four awards at Post’s Insurance Fraud Awards 2017, clearly highlighting our commitment and determination to tackle fraud.

What’s has been great about joining the NFU Mutual?

“There are two things; the way the company treats its customers and the way it treats its people. Both are always at the heart of everything NFU Mutual does and it really shows. It certainly made my on-boarding easy due to the supportive people around me. I enjoy being part of this great team of people and company!”

How do you feel about your future at NFU Mutual?

“Having only been at the NFU Mutual for six months, I feel incredibly positive about my future here and the upcoming opportunities available to me. I am especially excited about shaping the Claims Validation Handling teams and being involved in the implementation of our new systems which will change the way we work.”

How would you describe NFU Mutual’s objectives and culture?

“I feel good that the company has a great culture and objectives, which really do make the NFU Mutual a great place to work and to do business with.”

Early preparation for the implementation of BAE NetReveal is well underway and we are excited about the prospect of identifying fraudulent activity earlier and quicker than ever before. However, we can’t do this without more brilliant analytical thinkers who are passionate about combatting fraud joining our team.